Brazil World Cub 2014 in danger to be cancelled ? 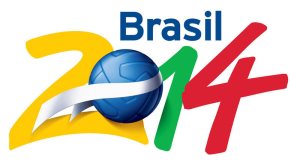 Toronto, Ottawa, Halifax, New York, Berlin, Australia, among many places with a Brazilian population protested to give  support for what’s happening in their home country Brazil.

More than a million demonstrators marched through Brazil’s biggest cities on Thursday, with many participants calling for fans to boycott the biggest travel & tourism event ever in Brazil – the World Cup.

CBN radio and the website of the Estado de Sao Paulo newspaper, both respected, mainstream media, carried reports speculating that the eight-team Football’s Confederations Cup tournament, considered a dry run for next year’s World Cup, was in danger. However, FIFA says there are no plans to cancel the tournament. The Brazilian News paper Estado said that two FIFA vehicles were attacked in Salvador, where Uruguay played Nigeria on Wednesday, and its employees had been instructed not to wear uniforms outside their hotel.

“We have asked for security measures that we need in place for the competition to continue until the end,” Valcke told Estado de S. Paulo.

“I hope that this doesn’t last until 2014. It’s a problem that Brazil needs to resolve, not FIFA. We are the wrong target.”

The protests, which started in Sao Paulo last week over rises in transport fares, have morphed into a nationwide movement against government corruption and the cost of the biggest travel & tourism event on the globe – the World Cup.

Police fired rubber bullets and tear gas as protestors attempted to enter the foreign ministry in Brasilia while violent clashes were also reported in Sao Paulo and Rio de Janeiro.

About 150,000 anti-government demonstrators again took to streets in several Brazilian cities Saturday and engaged police in some isolated, intense conflicts. Anger over political corruption emerged as the unifying issue for the demonstrators, who vowed to stay in the streets until concrete steps are taken to reform the political system.

Across Brazil, protesters gathered to denounce legislation, known as PEC 37, that would limit the power of federal prosecutors to investigate crimes — which many fear would hinder attempts to jail corrupt politicians.

This entry was posted on Monday, June 24th, 2013 at 12:28 PM and is filed under Brazil, Land of Culture, Nature & Travel, Travel Safety. You can follow any responses to this entry through the RSS 2.0 feed. Responses are currently closed, but you can trackback from your own site.