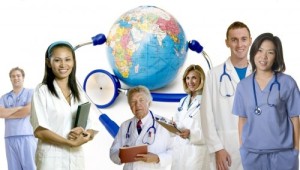 Medical tourism has been brought to the fore with renewed optimism and a host of projects as announced by the Dubai Health Authority (DHA) on Sunday.

The projects are part of the authority’s strategy for 2013-2025, which build on His Highness Shaikh Mohammad Bin Rashid Al Maktoum, Vice-President and Prime Minister of the UAE and Ruler of Dubai’s long-term sustainable development vision to promote Dubai as a favoured destination for health tourism in the Middle East.

The line-up of projects will give Dubai an assured portion of the global healthcare market.

In this, the emirate is well placed with world-class healthcare and niche specialities. Furthermore it has a reputation as a politically stable, modern and developed city and provides for regulatory environment, capacity planning and the encouragement of Public Private Partnerships (PPP).

According to the Dubai Chamber of Commerce and Industry, the UAE healthcare market is expected to reach Dh43.7 billion in 2015.

The DHA strategy takes into account a market needed to serve people accompanying patients. The authority has plans of two five-star hotels towards this.

In an earlier interview, Eisa Al Maidour, director-general of the DHA, said that the medical tourism initiative will be implemented by hosting medical exhibitions, participating in overseas exhibitions, encouraging global healthcare providers to set up businesses and increasing government and private investment in healthcare.

He said that the authority looks into identifying gaps in services, building capacity and increasing investors.

“We expect a steady increase in healthcare requirements. Within the DHA network of health centres and hospitals, we have increased capacity by about 12 per cent. We are looking into different parameters to ensure sustainable growth,” he said.

The medical tourism initiative was announced in 2012 by Shaikh Hamdan Bin Mohammad Bin Rashid Al Maktoum, Crown Prince of Dubai and Chairman of the Dubai Executive Council. Since then, several measures have been taken to unify medical tourism procedures in collaboration with the DHA, General Directorate for Residency and Foreigners Affairs (GDRFA) and the Department of Tourism and Commercial Marketing (DTCM), among others.

This entry was posted on Tuesday, May 21st, 2013 at 9:56 AM and is filed under Best Cities, Hotel, Medical Tourism, Money, Travel & Life. You can follow any responses to this entry through the RSS 2.0 feed. Responses are currently closed, but you can trackback from your own site.