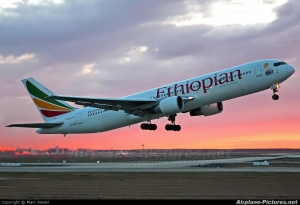 Boeing’s Dreamliners have been grounded since regulators ordered all 50 planes out of the skies in mid-January after batteries on two of them overheated. US regulators approved a new battery design on Friday, clearing the way for installation.

An Air India source told Reuters in New Delhi that commercial operations should start within a week or so, immediately after approval from the local regulator DGCA.

“Ethiopian Airlines will be the first airline company to resume 787 Dreamliner flights in the world. Saturday’s the date,” a senior Ethiopian Airlines source told Reuters. “We’re flying to Nairobi, Kenya on the normal flight schedule.”

Another source, who also declined to be named, confirmed the plan to resume flights on Saturday by the airline, the first African carrier to purchase Dreamliner planes. It ordered 10, has received four, and started flying them in August.

“It should be a matter of days, not weeks. I think one week or so,” the source said, without giving further details.

The US Federal Aviation Administration (FAA), which grounded the planes, is expected to issue an Airworthiness Directive on Thursday. This applies to US airlines, but other nations are expected to follow suit immediately.

The grounding has cost Boeing an estimated $600m (R5b), halted deliveries and forced some airlines to lease alternative aircraft. Several airlines have said they will seek compensation from Boeing, potentially adding to the plane maker’s losses.

Randy Tinseth, Boeing’s vice president for marketing, said in the Ethiopian capital that the planes for all airlines would be modified and they would then work with their own regulatory authorities to determine when flights would resume.

“Each airline will be a little bit different,” he told reporters, adding that Boeing expected to meet its target of delivering more than 60 of its Dreamliner planes in 2013.

“The timing will change a little bit but we will be able to meet our commitments to our customers in terms of delivery this year,” Tinseth said.

Ethiopian Airlines previously said its fleet did not suffer any of the technical glitches experienced by other Dreamliner jets, though it withdrew the planes from service to undergo special inspection requirements mandated by the FAA.

This entry was posted on Wednesday, April 24th, 2013 at 12:33 PM and is filed under Africa, Airlines, Ethiopia, Travel & Money, Travel Safety. You can follow any responses to this entry through the RSS 2.0 feed. Responses are currently closed, but you can trackback from your own site.