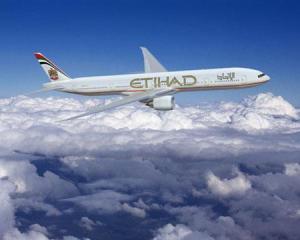 Best Airline by all means.

Ethad Airways will add  the Ethiopian capital, Addis Ababa, to its rapidly growing network in November  2012.

The airline will also  start flying to the Indian city of Ahmedabad in the same month. The two new cities  will expand the airline’s reach to 86 passenger and cargo destinations around  the world.

The new routes will each  be served by an Airbus A320 aircraft and support Etihad Airways’ aims to  connect key strategic cities with its home base of Abu Dhabi, enhancing commercial  and leisure travel with the UAE’s capital city.

James Hogan, Etihad  Airways’ President and Chief Executive Officer, said: “We continue to build  strength and depth to our global network and the addition of Addis Ababa, a major  East African hub, and Ahmedabad, the fifth largest city in India, will make  significant contributions to traffic flows to Abu Dhabi and beyond.

“Addis Ababa and  Ahmedabad are economic centres in their respective countries and daily flights  to Abu Dhabi will build greater ties with the UAE’s capital as it continues to  invest in world-class development projects and attract business and leisure  travellers.”

Ethiopia is the  largest African market that Etihad Airways is yet to serve and the second most  populous country in Africa. It is expected to contribute strong business and  leisure traffic within the airline’s network.

There is also a  growing Ethiopian population living and working in Abu Dhabi and the UAE which  will benefit from the new Abu Dhabi   Addis Ababa service.

Etihad Airways’ new  service to Ahmedabad will offer nearly 1,000 seats a week into the Guajarati  city and the November 2012 launch will coincide with the beginning of the peak  travel season in India.

The airline  anticipates strong traffic flows from Ahmedabad to Abu Dhabi and onto its  European and US destinations. It also underlines Etihad Airways’ commitment to  serve the major population centres across India with direct flights to Abu  Dhabi.

The A320 aircraft  that will serve Addis Ababa and Ahmedabad have two cabins with 16 Pearl Business  Class seats and 120 Coral Economy Class seats.

How close do you think you can get to the Ugandan wilderness? 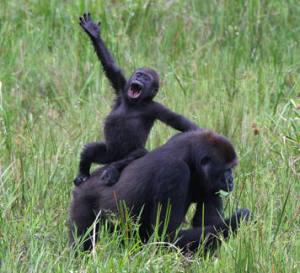 Many things can go through someone’s head when he or she thinks of Uganda. Some may think of it as a distant land only to be known through books and movies. Others may admire the country’s natural beauty yet be intimidated by its exoticism. But when the true traveler thinks of Uganda, one word most certainly always comes to mind: adventure.

GorillaSafari.travel is a Ugandan tour group that specializes in bringing travelers as close to nature as ever and providing them with the experience of a lifetime. GorillaSafari.travel is in the business of selling memories; they do this through the provision of safaris that range from gorilla tracking in the Bwindi forest to mountain hiking, primate tracking, and white water rafting.

Gorillasafari.travel adopted the .travel domain in August of 2008 to make itself as accessible as possible to the Internet user. GorillaSafari.travel’s Managing Director said, “I adopted GorillaSafari.travel because gorillas are Uganda’s number one attraction, and many users would be searching for a gorilla trip on the web. I was also unable to obtain GorillaSafari during the .com era.”

ETN is introducing its readers to .travel companies and destinations through a series of articles. If you are a .travel company and would like to share your story about how the .travel domain has helped your business, please send us an email to: team@eturbonews.com .

If you are interested in getting your own .travel domain, go to: www.travel.travel .