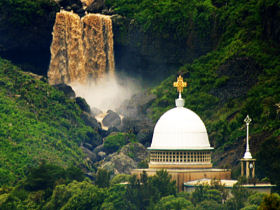 Ethiopia is a unique travel destination with numerous attractions that cannot be found anywhere else in the world. However, despite being an enchanting country Ethiopia delights remains unknown to most travelers; hence many connoisseurs consider it to be Africa’s best-kept secret.

Ethiopia is blessed with an astonishing contrast of nature’s gifts. This ranges from the heights of the jagged peaks of the Simien mountains- a UNESCO World Heritage Site, the bird filled rift valley lakes, to the undersea level lunarscape of the Danakil Depression. Travelers have plenty of opportunities to enjoy mountain treks, caving, camping, sailing and white water rafting adventures.

Though not as abundant as elsewhere in Africa, Ethiopia has plenty of wildlife – including 31 rare species. Ethiopia is also one of Africa’s great birding destinations and 861 species have been recorded of which 16 are endemic.

Most overseas visitors will start off from Addis Ababa. Addis, as the city is popularly known by its aficionados is the capital city and home to Bole International Airport. The city rests at the foot of the Entoto Mountains.

Addis Ababa means New Flower and its foundation are credited to Queen Taitu – consort to Menelik II. While in Addis, make sure to visit the Ethnographic Museum and the National Museum. The Giorgis Cathedral, which was built in 1896 to commemorate victory over Italian invaders, is also worth a visit.

The Simien Mountains National Park is much favored by trekkers as it boasts some of the scenic sights in Ethiopia. The mastiff reaches to 4620m, the highest point in the country. The park was created to protect the Walia Ibex, which is found only in Ethiopia. Other endemic animal species in the park are Gelada Baboon and Simen Fox. Bale Mountains in the south-east, though less accessible, has trekking opportunities and some wildlife including a few endemic species.

Awash National park, said to be one of the finest and most accessible reserves in the country, is also worth a visit. The Awash River strides the park before heading to the Dankil depression where it vanishes, never to reach the sea. Some special attractions in the park include the Awash Falls, the dormant Fantale volcano and some thermal springs. Forty-six species of wildlife have been identified here and the bird life is prolific. The park is located just 211 km to the east of Addis Ababa.

Regarding historical attractions, Axum, is key stopover on the historical routes. The ancient city, dating back at least 2,000 years, is particularly important in the history of the Orthodox Church as it was the seat of King Azena when he converted to Christianity in the 4th century AD. Every year, the site known as Queen Sheba’s bath is the focal point of the ceremony of Epiphany.

Axum is also known for the 17th century Cathedral of St Mary of Zion. Legend has it that the original Ark of the Covenant is housed here. The monks jealously guard this treasure and do not allow anybody to view it. This stand has led to much speculation that this object of immeasurable historical and religious value may not actually be in the hands of the monks of St Mary of Zion. Other historical attractions in Ethiopia include Lalibela and Gonder.

The best time to visit Addis Ababa and the highlands region is the dry October – June period. The traveler is advised to dress very light in the lowlands and desert country. In the highland region, temperatures average 16°C and warmer clothing comes in handy at night and early morning.

This entry was posted on Monday, April 23rd, 2012 at 4:29 PM and is filed under Africa, Ethiopia, Your Travel Agent. You can follow any responses to this entry through the RSS 2.0 feed. Responses are currently closed, but you can trackback from your own site.